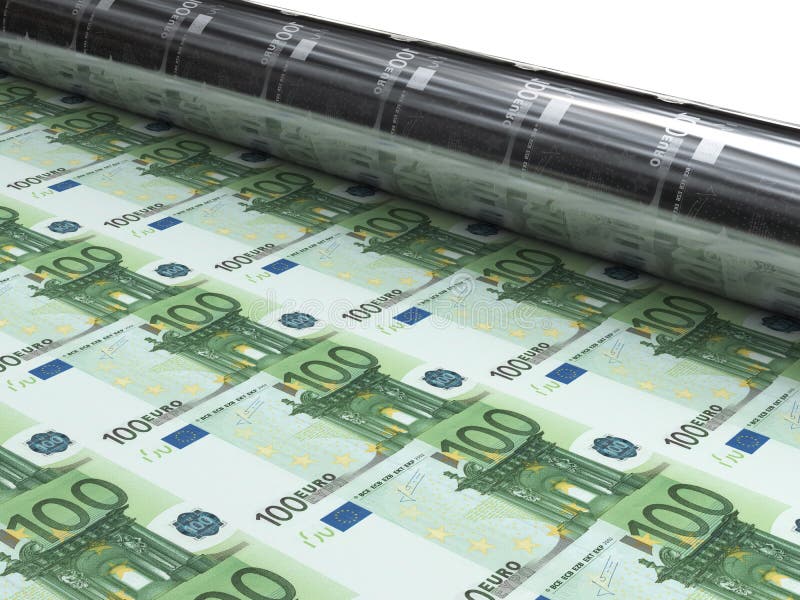 When I found out as a little girl that there was such a thing as poverty and that not everyone had enough money for food, I asked my parents how money was made; “Money is printed on a machine,” my parents answered. I immediately responded with ‘then more money has to be printed so that everyone has money for food’. My parents then explained something about money that didn’t make sense at all to me.  I saw that my solution was the most simple one.

When I grew up I noticed that our family lived in a bigger house than other people. My parents ran their own business that did well but their employees lived in a smaller house. Both my parents and the employees worked very hard and yet there was that inequality … I felt very uncomfortable with it and wanted to know how this inequality could exists.

At 21 I left my parental home and found myself financially illiterate. I now had to do what my parents had always done for me; taking care of myself, also with finances. I studied and made sure that I paid my  bills.  I  ended up in low paid jobs where I worked 40 hours a week and barely managed to pay the bills. The possibilities that I had as a child, because my parents could afford it (having my own horse, go on vacation, go to a private school that I chose myself), no longer existed. I just made enough money to pay the bills and that was it.  I started to hate money and I saw it as evil in the world. I even blamed my parents secretly for not educating me on finances. I  never took the responsibilty for educating myself on how to make more money in the system. I chose to stay a victim.

I worked for a multinational where I soon realized that it was all about money and profit. They didn’t care about their staff, given the low salaries and the constant focus from the management team on money. I realized that I cared more about myself than they did and I wanted to see the care reflected back on me. I wanted to work in a place where the welbeing of people was seen as most important instead of profit. I investigated other work places and companies  but saw that profit was a goal everywhere. At that time, around 2008,  I realized that this was a reflection of my own relationship with money; I had made money as a goal in my life. I was chasing it. It came as a big shock to me to  realize all of  this.   From that moment on I started to investigate my thoughts and beliefs about money and saw that we, as humanity, don’t need money at all to be alive. It was a self-created belief that I was participating in.

I realized something else too; we can ALL have access to life, we don’t need to work so we can buy a life (i am not saying that we don’t have to work at all, because we have created enough problems on this earth that needs to be solved). We have created beliefs about life and money that has manifested itself in a money-system that is a survival of the fittest and not best for all. It’s based on self-interest. When you have money you have access to life -the millionaires and billionaires- and when you don’t have it, you will suffer, you will die directly -people in third world countries- or you have just enough to not die immediately -people without a job, people who work full time for low wages, people on welfare, flexworkers, freelancers etc.

The majority of people don’t have autonomy and freedom to make choices that are best for them en their loved ones. Autonomy and freedom go hand in hand with having money. It’s possible to solve the huge gap between the few that have access to life and the majority that doesn’t. It starts with myself, ourselves by investigating our beliefs, to question them and to correct them into the best outcome for all.

In my next blog I will write self-forgiveness and self-correction about my beliefs about money.

a woman's transition from old to new

Peek into my life and process of self-change.

Quote Bernard Poolman: Self-forgiveness is the delete button of the organic robot

The Unification Of Man

Equality and Oneness as Life with Talamon

A Journey to Life Blog

From Dreaming To Living

A Vixen's Journey to Life

"Though She be but Little, She is Fierce." - Shakespeare

An Alpha Male's Journey To Life

Writing myself to freedom

A Girls Journey To Life

The change starts with you

Walking myself out of my mind.

My 7-year process of self-forgiveness and self-writing.

My 7-year processs of self-writing and self-forgiveness.